You may have noticed that is has been many weeks since we have had a preview article here on “Theatre By Numbers”.  That’s largely because I (Chris) took most o the summer off.  My daughter was in town, and that prompted me to take in minor league baseball games rather than plays.  So, most of the summer’s writing has been done by Maggie and Sarah.  Anyway… you’ll see some changes happening over the next few weeks on this site.  The first few take effect today.  We’re back to doing a weekly preview article.  It will still include the week’s chart so you can roll along at home and see some wonderfully random theatre.

It will also be written by all of us.  Not all at once, mind you.  We’ll take turns shedding light on upcoming theatre projects that have captured our interest and our imaginations.  So, this week you get my thoughts, next week you’ll hear from someone else, or perhaps multiple folks.  We might tag-team.  You never know.

Also, we’ll be overhauling the site.  I noticed a while ago that all the side articles and explanations are now out of date.  So, watch to see the new look and new verbiage in the near future.

In the meantime, let’s talk about the two projects that I want to preview this week: 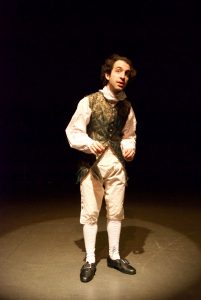 A couple of weeks ago, people sat in line for hours upon hours to get tickets to a huge Broadway production about some of our country’s founding fathers.  Here’s your chance to see an intimate production about one of the lesser known, but nevertheless important political players of the day.

You may remember that the French had their hand in the war between the Colonies and England.  You may also remember that the Hessian troops that fought on the side of the Redcoats were from Germany.  What you probably don’t remember is the name of a guy who was besties with Thomas Jefferson, and who provided much of the firepower that made the armed part of the Colonies’ armed insurrection possible.  That man was Filippo Mazzei, an Italian doctor who had a passion for gardening and politics.

Paul Manganello writes and performs the energetic one-man show that focuses on the “black-sheep founding father”.  Not unlike Jefferson’s own attempts to be a remarkably well-rounded Renaissance man, this promises to be “funny, poetic, kinetic, subversive, fictional, and completely true”.

The show can only be seen this weekend.  There are four performances at Collaboraction (1579 N Milwaukee Ave, 3rd Floor).  Check out www.pursuitchicago.com for more information.

A Fun Night of Dance (Off the Ground Dance Studio & StarKid Producitons): 8/5 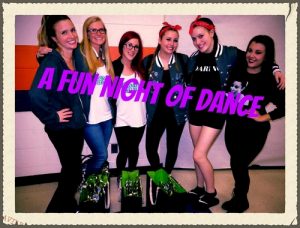 A few weeks ago I reviewed “Firebringer” by StarKid Productions.  That show wraps up this weekend, so if you want to catch it, you should swing by Stage 773 and try to get one of their very scarce tickets.  And, if you go on the 5th, you should then loiter about a bit and hang around to take in part of StarKid’s Summer Season Late-Nights.  Really, what could be more fun than “A Fun Night of Dance”?  I mean, it’s right there in the title of the event.  It’s going to be fun!  And… it’s one more way to see the ladies of StarKid in action again.  The show is at 10:30 p.m.  And when it comes down to it, anything produced and endorsed by the folks at StarKid gets my vote, too.  Check it out!