Sarah Bowden is the editor and lead critic of Theatre By Numbers. She is also a playwright. Her plays have been performed in Chicago, New York, Philadelphia, Toronto, and Stockholm. Her plays have been developed and produced by the Painted Bride Art Center, the Pittsburgh Irish & Classical Theatre, the Nylon Fusion Theatre, Monkeyman Productions, the Greenhouse Theater Center, Southern Illinois University, and Ohio University. Her full-length Lively Stones was produced as part of 20% Theatre Chicago’s ReFocus 20/20 season. Her full-length The Magnificent Masked Hearing Aid was a semi-finalist in the Capital Repertory Next Act! New Play Summit and the Actor’s Theatre of Charlotte’s nuVoices Festival. Her full-length Tin Noses was a finalist in the Route 66 Theatre Test Drive Workshop, a semi-finalist for the Stage Left Theatre Playwright Residency, and was featured in the 2017 Chicago Theatre Marathon. Sarah has won the White-Howells English Prize and the Margaret W. Baker Prize. 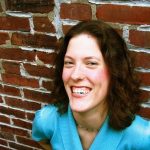 Criticism has come under fire since time immemorial. Being an artist myself, as well as a critic, I have never believed that criticism is either useless, uninformed, or a method by which to tear down another’s creation.

Criticism itself is an art form, one that informs the reader about trends in art and entertainment, and specifically examines one event at a time in order to illuminate what theatre looks like today. At a deeper level, criticism evaluates why we tell stories at all; it gets at the heart of how we reach out to one another, and shows us how making art also makes us human.

Criticism is for the audience. It is up to the critic to report what was seen and heard onstage, to get at the essence of a performance, so that interested parties can decide whether or not the play is worth attending. I believe that a critic has done her job when a reader feels like they learned something about the show just by reading about it. That doesn’t mean they know the whole plot or who was the best performer onstage. The reader should be left with a feeling of what the show is, how the show has been realized, and what the show is trying to say about the world around them. Critics, above all, are ambassadors for art, and criticism can be the best way to support theatre outside of creating it.

Maggie Wagner hails from Minneapolis, MN where clinical studies at 3M proved her to be the most brightly packaged, environmentally friendly, and cost effective playwright & storyteller available in her price range. She teaches with the Chicago Dramatists New Musicals Program, and is a lyricist and bookwriter for numerous musicals including ‘Common Cuckoo’. She reviews theater productions for Windy City Times and Theatre By Numbers. You can catch her spinning yarns for Loose Chicks, Bad Grammar, The Nerdologues, Hot Buns & Beefcakes: Linda Belcher’s Love Connection and wherever quality theatrics are sold. 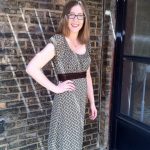 One of the big reasons I write theatre criticism is to explore the way exceptional theatre holds a mirror to the audience, and encourage every local theater to be more thoughtful about the art they produce. Every theater is telling a story with the work they choose, the performers who grace the stage, and like any dramaturg worth their salt, I get a little obsessed with how a show can relate to our world’s bigger picture. I will advocate for shows and theaters that tell honest & often marginalized stories with the plays they select, casting, directing, and performing. Along those lines, I believe critics owe that same thoughtfulness to every show they review.

Christopher Kidder-Mostrom began his career as a theatre critic in 2004.  Since then he wrote and reviewed for The City Pages (citypages.com), Secrets Of The City (secretsofthecity.com, formerly The Rake Magazine), and Mpls/St.Paul Magazine (mspmag.com) in Minnesota, as well as Center Stage Chicago and Newcity Magazine (newcitystage.com) in Chicago. Chris founded Theatre By Numbers.  Kidder-Mostrom has hung up his critic hat (for now) in order to focus on his own work as a playwright, director, and literary translator of dramatic works.

Jackie Davies is a playwright, director, and actress who resides and works in the Chicago area.  She is a founding member of Chicago’s Crowded Tub Collective, and is a proud graduate of the University of Montana MFA- Acting program.  Jackie has been seen on the stages of the Milwaukee Rep, Seanachi, TwoPence, and Commedia Beauregard.

Rachel Simon’s work can be found here at Theatre By Numbers and also in the comics anthology Wayward Sisters.