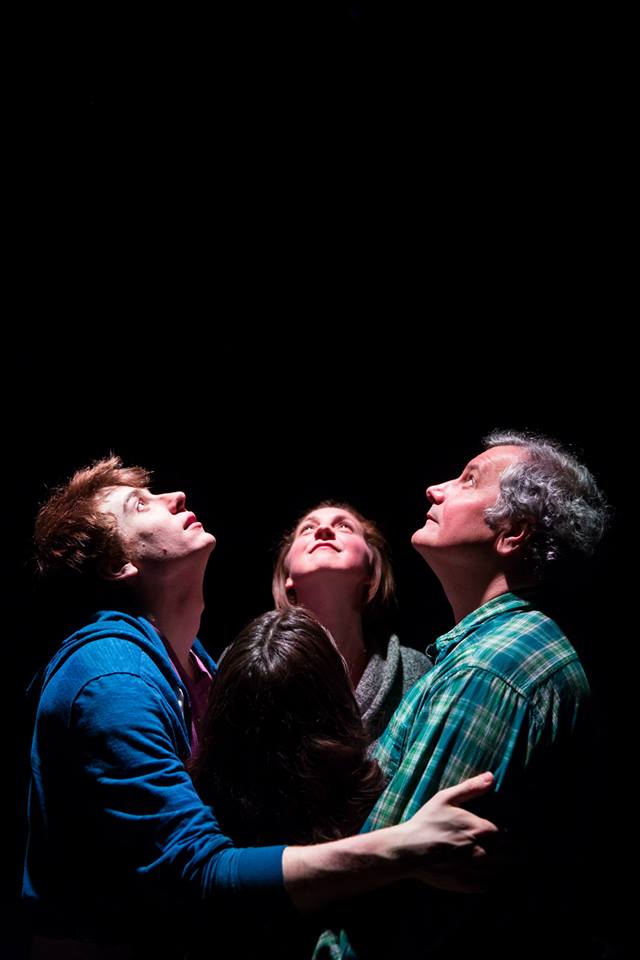 Much has been trumpeted in Chicago theatre circles in the past month about the addition of a new Equity company in the city. Because Equity generally equals resources, when I go to see an Equity show I automatically set the bar higher.  Now, I happen to think that having resources does not always make for a better theatrical experience; in fact, the opposite is often true. Happily, that is mostly not the case with Windy City Playhouse’s inaugural production. “End Days” by Deborah Zoe Laufe presents us with a high-quality production, a good script, and some fine acting.

Say hello to sweetly dysfunctional Stein family: father Arthur (Keith Kupferer) has been traumatized into inactivity after surviving the attacks on the World Trade Center, months before.  Mother Sylvia (Tina Gluschenko) has turned to Jesus – literally – and is convinced that the world will end on Wednesday. Their daughter Rachel (Sari Sanchez) has gone Goth in an attempt to deal with recent upheavals. Thrown into the mix is the adorably eager Nelson (Stephen Cefalu, Jr.), the new next-door neighbor who wears an Elvis-style jumpsuit and carries a guitar everywhere he goes as a safety blanket. Rounding out the mix are the hallucinations – maybe? – of Stephen Hawking and Jesus, that appear to daughter and mother respectively, both inhabited by the hilarious Steven Strafford.

When you meet the Steins, the first thing you’ll realize is that no one is capable of talking to anyone else. They each putter around in their singular little orbits. Then Nelson plants himself in their living room, and serves as a catalyst to reopen their blocked relationships. Nelson comes with his own baggage: both of his parents are dead, and he’s now being raised by his father’s wife and her new husband. He desperately wants to connect with Rachel, over whom he’s gone immediately cow-eyed. While it sounds a little stalkerish, in practice, Nelson instinctively seems to know how best to reach each isolated Stein and bring them back toward each other.

The first act jumps around a lot from the Stein living room, to a school lunchroom, to a playground, with some scenes too short to be worthwhile. This also causes a lot of transition time, which makes the pacing falter. However, the second act is limited to the Stein living room, where the family and Nelson wait to see if Wednesday will indeed be their last day on earth. This is where the show really finds its footing, and each moment flows more naturally into the next.

The show does flounder with some of the performances, and I’m not sure if it’s the actors or the script. Tina Gluschenko plays wound-tight Sylvia with wonderful, desperate energy, but it becomes rather one-note quickly. Rachel suffered some similar one-dimensional character issues in the first act, but in the second act, Sari Sanchez has more room to expand into varied aspects of Rachel-ness.

At the end of the day, it was a light, fun piece of theatre. While is wasn’t particularly deep, it was a safe bet well performed for a fledgling company.