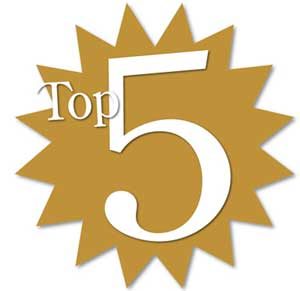 It’s been a banner year for Chicago theater scene taking myriad risks on more groundbreaking shows, and making good on it’s commitment to inclusive theater, made by more creators/performers of color. I’ve been lucky enough to catch some high caliber shows that not only give us an experience we’ve never seen, but serve up genuinely thrilling and moving stories.

TEN WORD SUMMARY: The human mechanics behind what goes wrong in the air.

Almost three decades after departure, The House Theatre gives us a glimpse into “United Flight 232”; it’s more than a factual account, more than a documentary, it’s a moment in the beating heart of a disaster in progress. We’re there to peer through the fuselage that still unravels for the few lucky men and women who walked out their flight’s burning wreckage alive and into a sunny Iowa cornfield one devastating day in the summer of 1989. Director and adapter Vanessa Stalling borrows some very effective storytelling from documentary features. The actors step into the footsteps of dozens of survivors, asked to retrace their steps and remember the minute details burned into the backs of their eyes over time. The trembling hands collecting scattered miniature vodka bottles. The infant without  a seat being held between her mother’s feet.

Venue: The No Exit Cafe

There is a metronome working overtime deep in the heart of Theo Ubique’s “A New Brain”, that keeps things so precise and expert, it’s almost like we are in a operating theater, being tutored by a flock of luminaries. Playing space be damned, the cast and creative team bring this performance close enough to incorporate the whole audience into it. The players are bounding up and down your aisles, directing their lyrics sometimes solely to you, if you’re in the right place and the mood strikes them. Hell, if you ordered a beer, look again; the man who brought you your pint and glass a moment ago has now hoisted a small canvas sail, and sings aloofly to his one true love, a sailboat. The confidence and dexterity of a cast has never come together so well, and it’s worth more than all the spectacular effects money could buy.

Show: “King of the Yees”

A daughter, our Playwright Lauren Yee inadvertently triggers her proud, incorrigible father, Larry’s descent into blandness and exile from his ancestral Yee birthright, with her dismissal of hundreds of years of history (that, and a big political blow to the Yee name). This is not an ordinary father-daughter bond story, though. Lauren will have to battle local San Francisco gangsters, a tribe of ornery elders hungry for booze, oranges and decent fireworks, even the original Yee ancestor. It’s ridiculously silly, a little heartwarming, and gently mocking of both Chinese customs and the rifts between generations.

Pour a drink and put in your mouth guard; theater’s most notorious cage match, “Who’s Afraid of Virginia Woolf?” is back by popular demand, but with some interesting additions. Pulse Theatre and Director Chris Jackson have succeeded at doing something wonderful and necessary in this often visited New Carthage living room: theirs is one of the first productions to feature George and Martha portrayed by actors of color. With that, there’s even more to be said for this treatise on the brokenness of White American marriage and success when it is delivered in part by a duo whose outsidership and rejection are implied. The privileges that Nick and Honey enjoy, being young, entitled and unbothered with the institutions they participate in, are in starker contrast when you remember these are not necessarily ‘givens’ for their unhinged hosts.

Show: “Wedding Band: A Love/Hate Story in Black and White”

TEN WORD SUMMARY: Between love and color, some debts can never be settled.

In this play, author Alice Childress wants us to see how fast any pretense of tolerance or respect for social equity drop when the white characters in her story face even the suggestion of a shared social standing with black characters. By staging it today, Artistic Home and director Cecilie Keenan are asking us to see how little this dynamic has changed in nearly a century. “Wedding Band” made me proud to support a company doing Chicago theater the service of choosing authors of color, hiring actors of color, and producing work that is far from easy. There are more black women onstage for this show than I’ve seen in all of the shows I’ve reviewed during 2017, combined. With a fraction of the funding and support extended to Chicago’s larger playhouses, “Wedding Band” has prioritized voices and stories of color in a way I hope inspires more theaters to take note.

HONORABLE MENTIONS: “Machinal” (The Greenhouse Theater Center), “Bobby Pin Girls” (Nothing Without a Company), and “The Nance” (Pride Films and Plays).