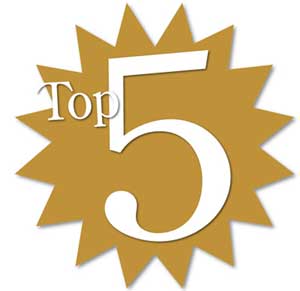 Over the last 12 months I saw a total of 62 plays. I am happy to report that only two of them received my lowest rating. And the overwhelming majority of them received one of my three top ratings (which Theatre in Chicago translated into either being “Recommended” or “Highly Recommended”). It was a good year full of good theatre.

Here are my Top 5 shows: